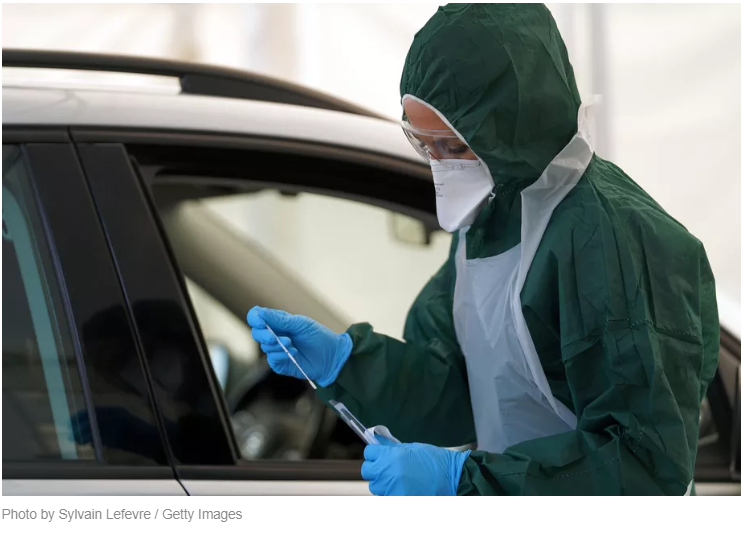 LabCorp, which makes the test, is prioritizing health care workers and first responders By Nicole Wetsman  Apr 21, 2020, 9:35am EDT

The US Food and Drug Administration has issued the first authorization for an at-home COVID-19 test kit. LabCorp, the diagnostics company producing the tests, says it will give first access to health care workers and first responders.

With this test, people who are eligible can swab their nose to collect a fluid sample, but they will still need to send it to a lab for testing. Self-sampling sidesteps the need for a clinician to perform the test, reducing their exposure to symptomatic patients. It also frees up more personal protective equipment, which is in short supply. The test costs $119.

People taking this test would swirl a cotton swab just inside their nostril. When clinicians take samples for a COVID-19 test, they stick a swab very deep into a patient’s nose, to where the back of their nose meets the top of their throat. Self-administered nose swabs are just as accurate as those more invasive swabbing methods, according to an analysis done by UnitedHealth Group and the Gates Foundation. The FDA started allowing those types of swabs at the end of March, although the agency said they still had to be done under the supervision of a clinician.

A number of biotech startups have created and tried to market at-home tests over the past month, claiming that they’re able to produce them under rules that allow certified labs to design and distribute their own tests. The FDA, though, had said that any test kit that allows people to collect their own samples at home needed additional authorization. The LabCorp test, produced by its consumer-focused testing brand, Pixel, is the first to secure that authorization. The laboratory portion of its test had already been approved for use, but it still relied on samples collected by health care workers. Like all other COVID-19 tests on the market, the FDA authorized this test under its emergency use rules; it hasn’t gone through the normal approval process.

Around 147,000 COVID-19 tests are reported in the United States each day, which experts say is still far lower than the number of tests needed to bring the outbreak under control.